A quick sketch from my skillshare project I forgot to post. The final project is up and I'm still awaiting critique from the instructor. 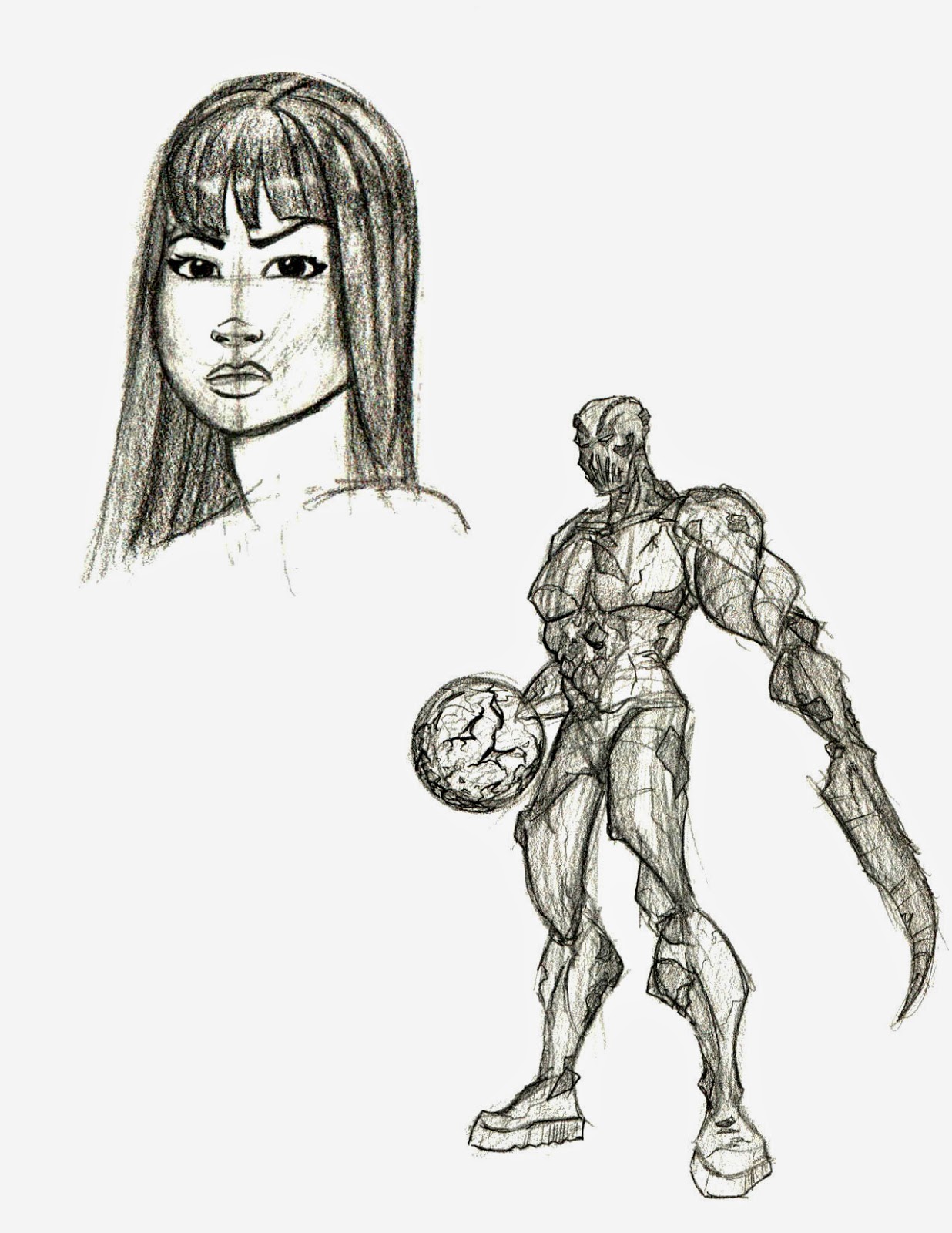 Probably the most fun I had on the preliminary stage was to reinvent the Super Puttys as I wanted to incorporate at least one into the scene. For his design I tried to imagine a brute made of cheap clay and who had just escaped from an insane asylum; not the sane kind of insane asylum, the old school kind with the straitjackets, rusty bars and inmates eating their own hands.
Posted by Corey O'Brien at 11:29 AM