A rant on rabbits


A quick sketch of Officer Judy Hopps from Disney's 'Zootopia' I drew for my workshop students this week.

Let me first state that I rarely produce fan art let alone post it, but Zootopia was such a masterpiece I felt privileged to make an exception.

When I hear praise for the movie it usually entails the story's fluid and un-hindering social commentary or the plot's darker film noir tones. While I do appreciate the social parallels--and no one jumps higher with joy than me when the Mouse wanders down the darker paths--what really stood out to me was the relationship Judy and Nick develop over the journey.

Roll your eyes all you want but I am a big fan of male/female relationships that do not enter the realm of romance. I suppose it's a pet peeve of mine, otherwise I wouldn't be ranting about it, but few things in a story please me more than a male and a female character who are quite plainly: Buds. I know many people view Judy and Nick's relationship as romantic but honestly, I didn't see it that way at all, I mean not even for a second. To me they were two characters who bonded over an incredible crime adventure, saw those bonds tested to their limit and--like all good friends--came through with flying colors.

I know, I know, incalculable is the number of fans who want them to be together (You don't have to explore Zootopia fan art for too long to find that out. Yikes.) but to me that's one of the worst ways to spell 'cliche'. Personally, I see them sitting at a bar after a hard day on patrol, Judy attempting to pry out information about how his date went the other night while Nick 'accidentally' nudges her into the hunky bartender she's had a crush on for the past year. Yeah, maybe I'm naive but I think a mixed-gender friendship is a fantastic and rarely seen foundation to build characterization upon.

And that is my rant for the year. Thank you. 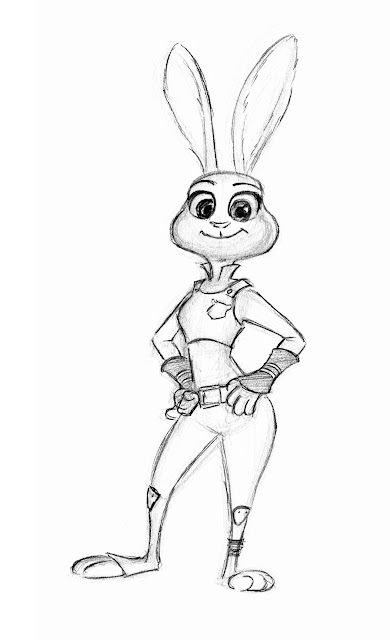