Some designs on the male character, a young scruffy teenager. Also a rough of the two characters finally side by side. I'd like their ages to set up a dynamic contrast.
I'm happy with these designs but that's not to say there won't be some future tweaking.
"So tweaking? A project that involved 'TWEAKING'?"
"Yeah, that's what he said."
"T-W-E-A-K..."
"I-N-G, yeah."
Totally did not expect to be writing that. 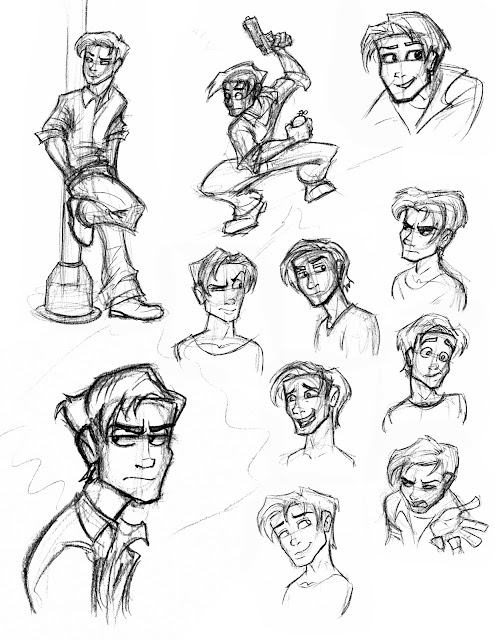 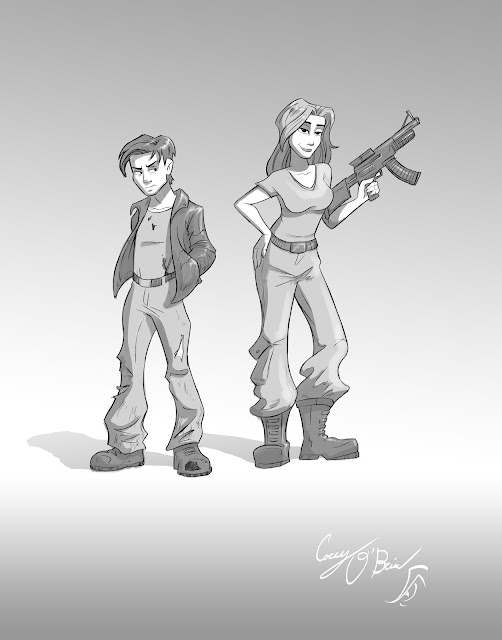